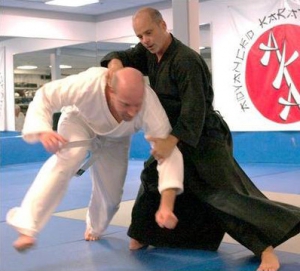 Sensei Craig start practicing Aikido at the age of 15. After that dojo closed, he moved on to various other martial arts, including Wing Chung and various forms of Karate, but always missed Aikido. In the late 80s Sensei happened to find LBI Aikido and spent over 10 years studying there under Sensei’s Chet Griffin, and later, Michel Hovan. After leaving LBI, Sensei founded Center Point Aikido and has continued to practice and instruct Aikido for over 30 years. Sensei is a member of the United States Aikido Federation since 1991 and Center Point is a Federation member dojo in good standing.

In professional life, Sensei holds a BS in Computer Science and has worked as a software engineer for both private and government entities since 1988.